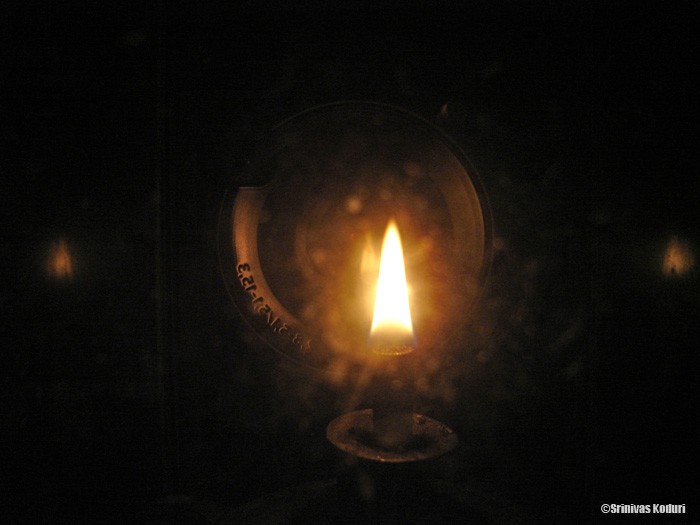 Previous Next
← previous day next day →

Self Portrait of a camera lens

I thought i would not post this because of the dust and scratches that one can see on the photograph, but i thought i would replace this when i reshoot the same one again.
We have a old latern here at home which is box shaped with square perimeter and long glass side walls. It also has small cone of fuel and a wick at the top for light inside. The reflections on the side are the ones on the side glass walls of the lantern, the noise on the foreground is the dust and scratches on the glass. Iam also planning to photograph this latern in lightbox. You can also see the numbers on the carl-zeiss lens written backwards on the reflection.

The lantern sounds like a good subject to experiment with - I like the reflections of the flame on the left and right.

Speaking of lanterns, it was fun cleaning them and lighting those days. We had a circular one, not blox shaped. Its hard to find them now a days.

Yes, you should play around with a clean mirror again!

This was a great idea. Your abstract shots are amazing - definetly thinking out of the box.

Cool idea. Looking forward for a reshoot one..